I am, of course, an adoring Grandmother and I think the world of my two Grandchildren and I imagine them happy and fulfilled as they grow and mature, developing skills and interests that will last their whole lives.

Recently we were all visiting other family members and were travelling together in the family car. Justin and I were chatting away and he said that he couldn’t do something that we were discussing. So, rather than just say, “Oh, sure you can” and leave it at that, I thought that perhaps a description of a life experience that I had at his age might be helpful and encouraging. 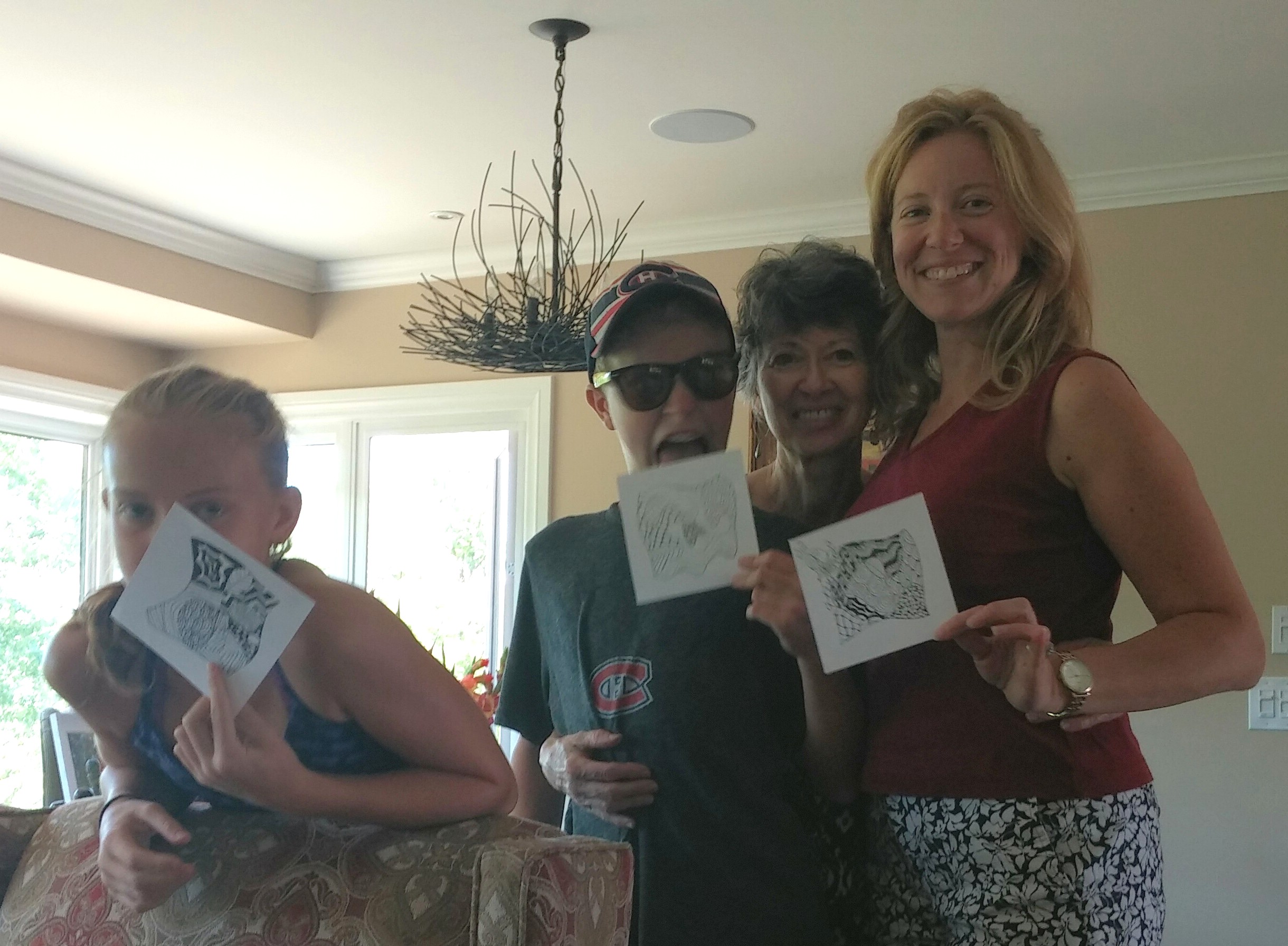 I was born in England, but moved to Canada when I was 3. At the age of 8 we returned to England for five years and I became quite Anglicized again. When I was 13 we again returned to Canada to seek a better life with more possibilities. England in the early 60s was, amazingly, still recovering from the effects of the 2nd world war and I can still remember cleared, but empty sites all over London still vacant after the bombings during the Blitz. Jobs were poorly paid and advancements were slow in coming, so my Father decided that emigrating again was the only choice. I was excited to be returning to Canada because I had wonderful memories of life here when I was small. I found a freedom from convention here that didn’t exist for children in England at that time. I had my first opportunities at independence in Canada as I proudly walked back and forth to school, carefully crossing busy Islington Avenue in the process.  But in England my best friend lived next door and I was attending a wonderful girls’ school that I adored. I loved our town of Guildford and my Saturday morning dancing lessons while my parents shopped for the weekly groceries…even though I did have to dance with a girl!

I think my parents, must have know that I’d have mixed feelings about leaving England because it wasn’t until I saw my Father building packing crates out of wood in the garage that I realized what was happening…again!  They told me we would be leaving in the fall and that Canada would be our home again.

Complete with our little Pekingese dog, Tu-ling, we sailed on the ship, the Empress of Canada in late September and arrived in Montreal with excitement and trepidation in equal measure. My Father had a job to go to in Ontario with people that he knew from previous business trips, but my Mum, brother and I would need to forge completely new friendships and adjust to an entirely different life.

I was used to moving around a lot, however, and tried to view this as just another adventure. I entered Grade 9 at 13 years of age in November, about 2 weeks before exams were scheduled. I had very little time to bring myself up to speed and to prepare for the exams that the school refused to exempt me from. They said I’d just have to do the best I could. Fortunately I was ahead in some subjects, but others I would have to catch up on.

I recounted some of this to Justin, but the main event happened in my English classroom. I answered a question incorrectly, or incompletely and my teacher became quite exasperated with me.  I was probably daydreaming a bit as I watched the cows grazing in the fields across the street. No doubt I was remembering similar pastoral scenes from my life in England. She shouted out to the whole class that I had no hope of going to University and I’d be lucky to graduate high school. I was flabbergasted! I had never experienced such overt and obvious contempt before. I was horribly embarrassed. I was already struggling to find my place in the school because I was a year younger than everyone else, sounded like I’d just stepped off the set of “Downton Abbey, and was quite shy and quiet.  I can remember thinking that one-day, I would prove her wrong. She might never know it, but I would. I did go to University and graduated with an honors BA in Fine Arts.

She made a difficult transition even harder and I admit that I had a lot of trouble adjusting to high school until I decided to take matters into my own hands. I realized that I needed more in my life. We lived in a newly built suburban area west of Toronto and there was nothing to do and nowhere to go, everything was so new and so far removed from any urban area.

So I made up some flyers offering my services as a babysitter. I paid my brother to deliver them and was soon busy every Friday and Saturday night. Still not satisfied, I offered my services as a volunteer at our local library and became a Candy Striper at the nearest hospital on Sundays. When the library eventually got municipal funding I was offered a part-time job. I was thrilled, and the only one of my friends with a job.

So, my point for Justin, was that you should never let anyone set limitations for you. No other person has the right to tell you what you can or can’t do. It’s important to believe in yourself, no matter what. You can make your own destiny and that there is always a way to affect change in your life. If we let other people set limits for us, they will probably underestimate us, so we have to take charge of ourselves, pushing those boundaries all the time. Often, when we try, we can achieve the most astonishing things…surprising ourselves (and others) in the process.

My greatest hope is that my darling Justin and Simonne will always remember that their futures are a limitless as my love for them.

Man I love you mom…TY for sharing with me, with Justin…and now with the world!